If you’d like a townhouse but worried you can’t afford one – there are places out there that you just might be able to afford. While Washington Heights townhouses are generally less expensive – affordable townhouses are available in Harlem as well. 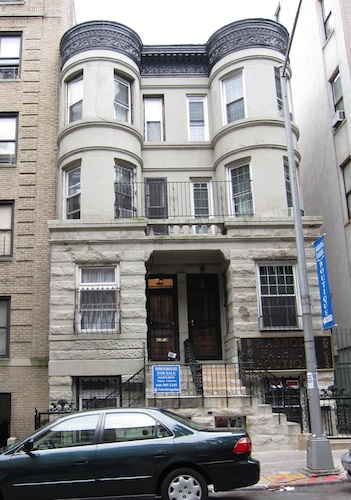 Case and point is 470 West 148th Street – which is just outside the Sugar Hill historic district. It sold recently for $915,000 after being on and off the market for a quite a while. In fact it was on the market for around a million when we were looking in 2009. It was one of our fallback places in case we couldn’t find something we could afford.

On the plus side you get a great single family home with 3,000 sq. ft. (12.5′ x 60′ x 4 stories) that’s in generally good condition. There is some original details left and a very peaceful back yard.

The biggest problem is that it’s not the entire building you see in the picture above. It’s just the left half of the building – that means the townhouse is only 12 1/2 feet wide. On the plus side it is 60 feet long and doesn’t feel as narrow inside as you might think, but there’s no denying it’s small. While it’s technically about 3,000 sq. ft. – that includes walls. Usable square feet are closer to 2,550 (11′ x 58′ x 4 stories).

Another issue is that while everything seemed like it was in decent shape, the renovation was minimal – sort of “rental grade” in terms of quality. Doors were a bit flimsy, the sheetrock was uneven, etc. But that’s something that can be fixed without too much trouble.

Other than width, the issue that really bothered Dan was the “fashion boutique” next door. Because the two townhouses look like one building, it’s more of an issue than it would be in a wider building. Here you can see what the entrance looked like and how prominent the signage was for the store next door… 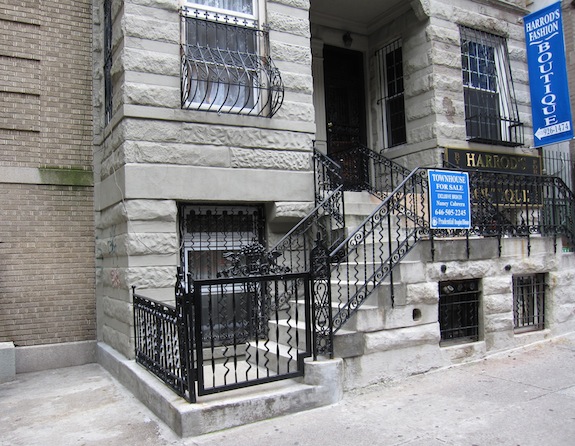 In the following pictures you can see that there is some original details left, but generally the level of renovation was just “OK”… 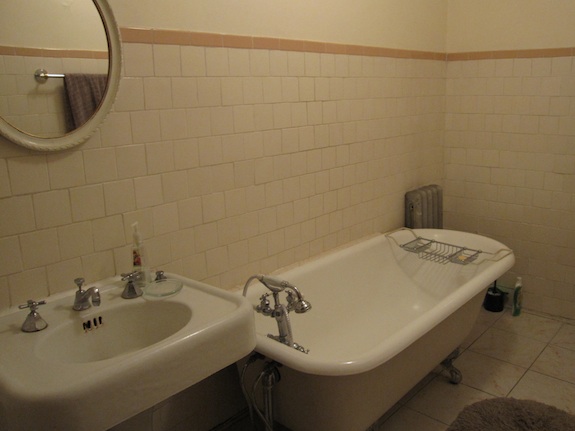 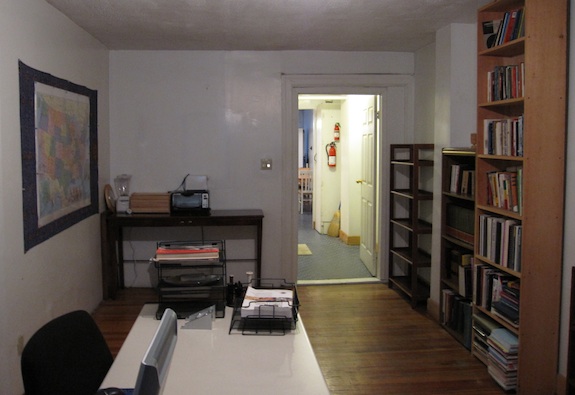 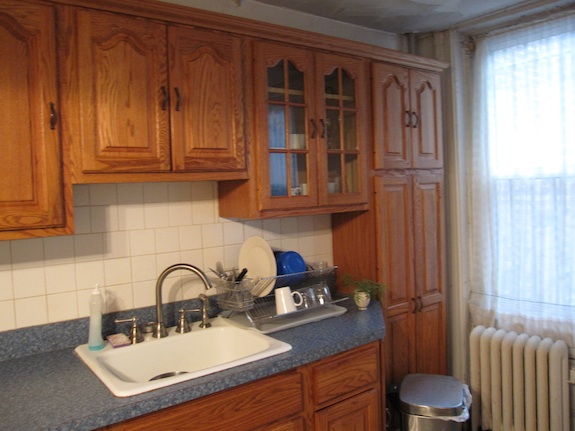 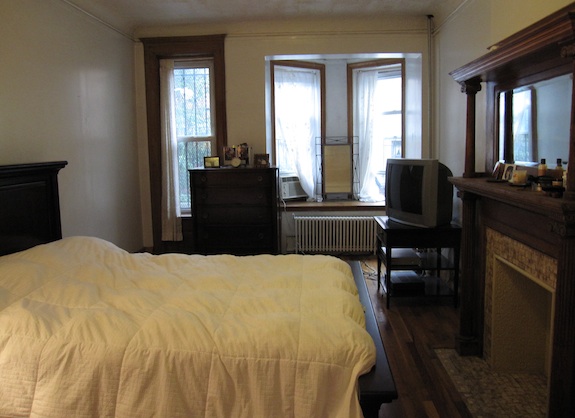 In that last picture you see that the narrowness of the house is a bit of an issue. There’s not a whole lot of room between a queen sized bed and the fireplace. But compared to new build condos with their tiny bedrooms it’s not all that bad – just not as good as other townhouses in Harlem.

There are some nice original details left – like the fireplaces. They do add some nice character to the house.

Back when we were looking the comps were lower and if my memory serves me, I only felt it was worth something like $650 to $700K (to us) – which was well below the $1M asking.

Comps are higher now and all in all the sales price was probably about right. $915,000 comes out to $305 per square foot. Comps with better renovations are getting $400 to $450 per square foot (or more). And honestly the renovations in some of those comps aren’t really all that much better than what you have here. But there is the issue of the width and the signage on the sister townhouse. All in all I think it’s a great little house at the price of a so-so condo or coop.

And don’t forget – this place is completely mortgageable with a conventional mortgage. There are no renovation loan hassles (or renovation hassles). So it was a good deal.

The moral of the story is that if you’ve got limited funds there are a few townhouses out there that you can buy. You just may need to get a “starter” townhouse that’s narrow…

Postscript: There’s a funny story with this house… When Dan and I first saw the place we were killing time looking at open houses while our our agents were doing an open house for our coop. We had our dogs with us since they couldn’t be home while our agents were showing our apartment. So we’d go in one at a time while the other stayed with the dogs. Dan went in first and then I got a call – he and the agent had managed to get themselves locked in the back yard! Luckily they left the front door open, so I took the dogs in and opened the back door and “rescued” them. But the story doesn’t end there. A few weeks ago I was going through another house with a client during an open house and I saw the agent from 470 West 147 with one of her clients. And guess what happened? I got locked in the back yard with my client. Luckily the listing agent heard our knocks and got us out of the back yard quickly. Not sure what it is about the listing agent for 470 W 148 – but I now know to avoid back yards when she’s around. 🙂