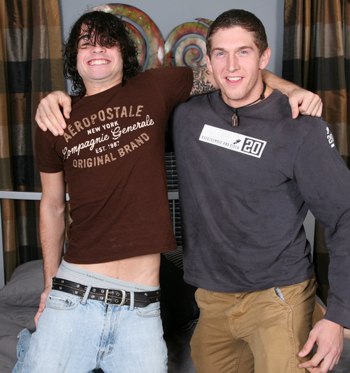 Technically, it’s illegal for me to show it to you and I could be thrown in jail for it. Why? Because it comes from a photoset that includes sexually explicit photos. Even though the guys are fully clothed it’s illegal to show any picture from the set unless I’m physically in possession of documentation of the guys’ ages. They’re obviously are not under age, and they’re fully clothed, but my using the picture is illegal. To me that’s completely messed up.

Now take a look at this pic… 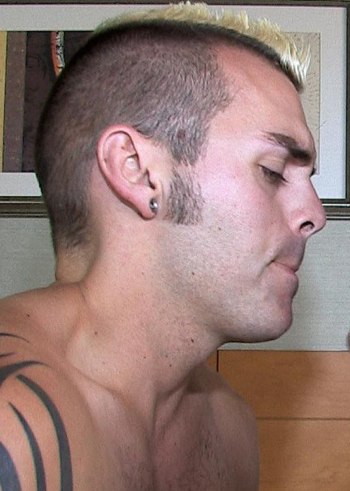 Generally unremarkable, but also illegal for yet another reason that also makes no sense… Beyond the fact that I’m not in physical possession of the age documentation for the models, the model is Canadian and the photo was shot in the US and the model probably only has Canadian ID. His Canadian ID is only legal if the scene was shot outside the US. I understand the immigration and work issues, but how can I be breaking the law because the photo was shot in the US? If the same photo were shot in Canada or Russia or Brazil or the UK I wouldn’t be breaking that part of the law.

These crazy laws were written to protect children. Yet someone could get thrown in jail for not having documentation for someone that clearly not under age (e.g. someone who’s clearly 50 or 60 years old). Unfortunately, because the laws are so screwed up they’re rarely ever enforced and if the government does try to enforce them they can easily be thrown out because they’re so messed up. That means these bad laws are actually not protecting children at all. A good law makes sense and is defensible. A good defensible law would protect children, but we don’t have that.

We need a overhaul of the laws to protect children. It’s a complicated minefield because many teens have been introduced to the fact that they’re sexual beings at a young age. You have teens like Brent Corrigan who present fake IDs because they want to work in the adult industry before they’re 18, and then you have teens who genuinely need to be protected because they’re not ready to deal with all that comes with adult work.

I don’t have the answers, but I do know the current laws make no sense. Hopefully things will get straighted out in the not-too-distant future.