Well, the market is clearly going up… We looked at 413 West 154th Street last August and it had a lot going for it, but just wasn’t right for us. It sold this past month for more than I would have expected – $1.2M. At approximately 3800 sq. ft. that’s $316/sq. ft. I’ve been thinking the current comp for fully renovated townhouses is around $400/sq. ft. and the difference ($320K) is about right for the amount of renovation that’s needed.

Last year I thought the comp for it was it’s sister townhouse around the corner – 883 St. Nicholas Ave which sold in July ’09 for $1.04M. Thing was, 883 was recently renovated and in better condition, so we figured 413 would go for less than that – probably under $1M. 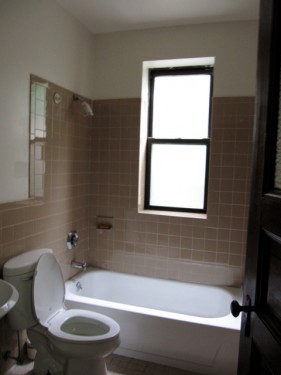 413 West 154 had had a day care center in the ground floor which was an English basement, so not completely livable space. The English basement was a bit of an issue for us since Dan wouldn’t have had a cellar to use for an art studio and we didn’t really have the option of a rental apartment on the ground floor unless it was a studio apartment. Despite being it being 21 feet wide, the rooms weren’t that wide because there was a structural wall running the length of the building. The top floor was a one bedroom “mother-in-law’s apartment” – so not legally rentable, but still an independent unit with it’s own kitchen, etc.

The other negatives were that it was a 1/2 block from a large housing project, and while it’s literally “around the corner” from the subway it’s just the C train – and it’s a long walk to express trains.

What 413 West 154 had going for it was that it was incredibly solidly built and completely livable. It looked like it had been renovated in the 80s and everything seemed like it was in working order, though the renovations were looking dated and needed a lot of updating. We knew if we moved into it that we’d want to spend $200-250K on bathroom and kitchen renovations. We never bid on it – there was just too big of a discrepancy between what they were asking and what it was worth to us and the layout didn’t really meet our needs. 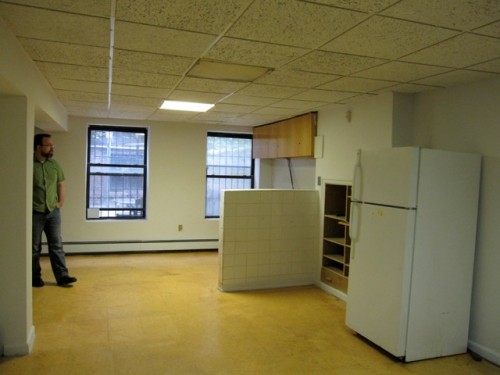 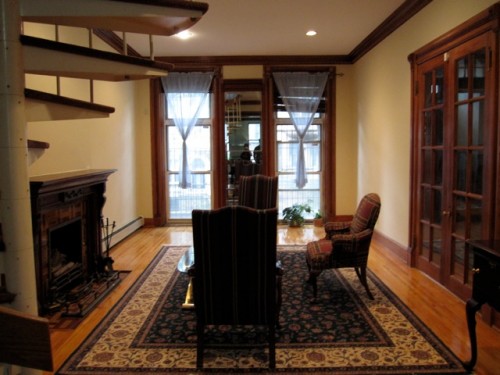 Living room with spiral staircase up to master bedroom 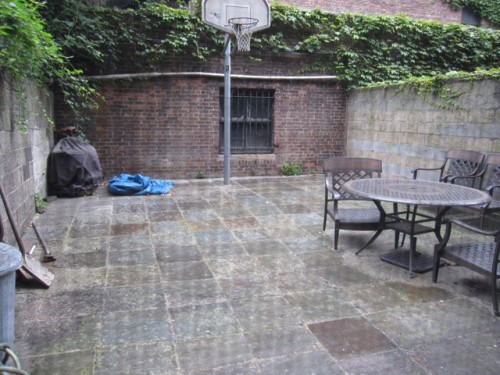 Back yard with basketball hoop 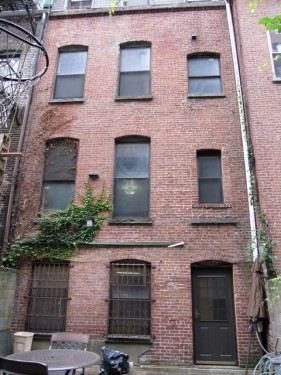 Back wall showing building was in great condition

So, if you’re in the market for a townhouse, realize prices are starting to go back up. You’ll need to bid higher than you would have a 6 months to a year ago. That’s good news if you’re trying to sell or if you just bought. We’re not talking a huge jump in prices, but enough to be noticeable.