Well, Hurricane Irene (actually Tropical Storm Irene by the time it got to NYC) was non-eventful – it didn’t create any problems at the house. The contractor didn’t try to close up the windows or anything – the air just passed right through the house. A little water got in, but not as much as you might expect from a major storm. Most of the water that did get into the cellar seems to have found a floor drain and drained off as designed.

Since we had to drive down to the house (subways were out), we figured we’d take the dogs. It struck me when we were getting out of the car that you don’t see many dogs in Harlem (compared to Hudson Heights where we are now). There’s the odd pit bull, but other dogs just aren’t that common. 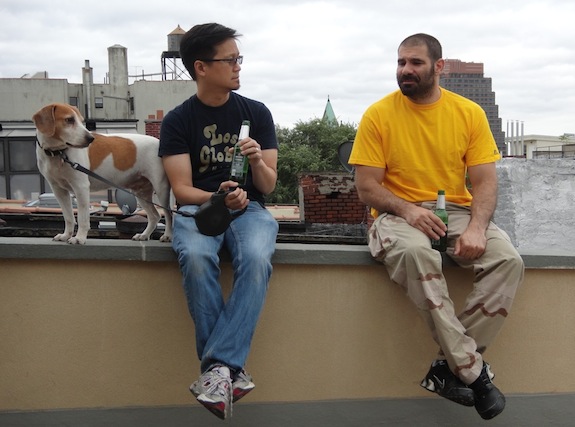 We sat around and drank a 6 pack (+) with a friend. It was sorta quiet and peaceful after the storm. The wind was crisp and the cloud cover was pretty dramatic.

The dogs LOVED the place. They had no problem at all with the open riser stairs and weren’t afraid of the heights of things. I actually wish they were a little more afraid – both of them tried to run right up to the edge of the roof to look over (that could have been disastrous). 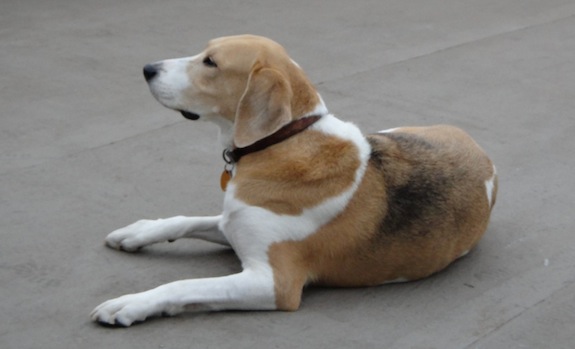 I know the dogs will love living in the house. There are stairs to climb, windows to look out, people to watch passing on the street, and a back yard and a roof deck so they can layout and sun themselves. They’re going to have a blast.

When I went by the house yesterday (and Dan today), they’re making progress on a bunch of stuff – the sprinklers are getting fleshed out; the connection to the water main is coming along; things like shower control valves are getting installed; wiring for security, ethernet, and cable TV is going in; they’re continuing to work on fixing up the stoop; and they’re working on the install of the fireplace – so they’re still going at breakneck speed.

The problem at this point are the windows. They won’t arrive until just before October 1st. At the rate the contractor is going they’ll run out of things to do before then since floors and Sheetrock can’t go in until the windows are in. But there is insulation, façade work and the ConEd connections – but that still leaves some down time.