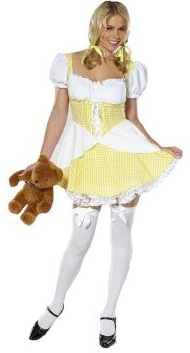 Finding the contractor who’s “just right” for our Harlem townhouse renovations makes me think of Goldilocks… There are so many different types of contractors and so many of them just aren’t right for our particular project.

One thing we’re noticing is that a lot of the good contractors usually work on projects downtown that have big budgets. One construction manager two days ago kept throwing out the number $2 million when he was discussing a budget. That’s nearly 4 times our budget and the fact that he kept using that number over and over and over again to us meant he just wasn’t right – he’d probably never understand our budgetary constraints.

Then there was another contractor who seemed to have rich clients that kept changing their minds. To him the design was fluid and he expected it would change substantially while it was being built. In contrast, we know we have to get it nailed down as much as possible before contractors give their final bids so there are as few change orders as possible. I’m sure he’s great with rich clients who really don’t have budgetary limits and want their every whim to be indulged, but we do have budgetary limits and we need the contractor who understands that.

One of contractors who’s made it onto our short list was a guy who came in with his partner who does structural work. One of the first things they asked was how much we paid for the building and how much we thought it would be worth when we were done. They then threw out a number that was close to our budget and understood that we needed to come in near that number.

The other day we had a contractor in who we had wished we had gone with for our apartment renovations (he was too expensive). He does incredible work. He came into our townhouse and was clearly overwhelmed. He told us he could only bid on the project once we had floors in place so he could get a sense of the scope of work. The structural work completely freaked him out. We explained it was being funded with a rehab loan and it was an all-or-nothing package deal.

Then there are the guys who only work on huge projects. The mechanical engineer our architect had us sit down with just didn’t understand (initially) that you don’t need the same level of heating and cooling systems in a townhouse as you would a commercial space with the same square footage. It took him a while to think small. The same goes for some of the contractors who work on larger buildings and are used to huge HVAC (Heating, Ventilation and Air Conditioning) systems. They just think big and big comes with big price tags.

Another guy came in and he seemed like a good guy who would do a great job. But he was used to doing commercial work where everything is spec’d out in incredible detail by the time he gets called in. He said he wanted absolutely everything spec’d before he gave a proposal – the HVAC system, structural, the windows, the doors – everything. In contrast our goal in bringing the contractors in early was to understand the ways they would do things to stay on budget. We didn’t want to spec a system that could be done more cheaply. I felt a little sorry for him ’cause it was clear he was used to working on buildings that were much larger than ours but he said at the moment he’s just doing a few little jobs and that our project was substantial enough that would keep him going for a number of months. I mentioned that other contractors were giving us estimated budgets with allowances for materials that hadn’t yet been spec’d. A light bulb went off in his head and he said “Oh, I could do that”, but then he never did get back to us with a proposal.

NYC vs non-NYC, Harlem vs. Other Neighborhoods

Then we’ve had some contractors who’ve come in from places like Long Island who seemed freaked out by the City. One was shocked that he got a ticket one time when he left his car for 5 minutes while he was giving out pay checks. Experienced NYC contractors have guys watching or sitting in their cars while they’re at the job. The ones outside New York also don’t seem to know how to deal with NYC Department of Buildings. They complain about how long it takes to get approvals and inspections. The experienced NYC contractors talk about their expediters, and how they’ve done enough work in particular neighborhoods (Harlem) to get to know the inspectors and the types of things they look for.

Then there are others who just won’t work in Harlem because there tend to be theft problems in Harlem (e.g. tens of thousands of dollars worth of copper piping getting stolen). Compare that to a contractor who does a lot in Harlem who said “Yeah – I just put in a temporary alarm system – when there’s a break in, the police are called and my partner and I are called.” He knew how to deal with the neighborhood – it was no big deal to him.

Developer vs. Homeowner vs. Flippers

Yesterday we had a contractor come by. He and his partner were great guys who were extremely nice to deal with. They flat out asked our budget, we told them and they said “Wow – that’s exactly the number we were thinking when we did rough cost per square foot numbers yesterday”. HOWEVER, when I looked into the projects he’s worked on there were a lot of large apartment buildings (50+ units), and the townhouses were all chopped up into floor-through rentals. Property Shark had interior photos for some of the brownstones he’d worked on and they all showed low-end “builder’s grade” materials.

When we did the renovations of our bathrooms and kitchens in our old apartment we went with a guy who mostly worked for people who were flipping apartments. We learned that was a bad idea. People who flip come out with places that look great, but they don’t care about long term quality. The foreman he assigned blew up at me when I told him green board couldn’t be used in showers. I pulled the product spec sheet and showed him that it specifically said it couldn’t be used there and his response was “I’ve used it in million dollar homes” as if that mattered.

Contractors Who Finish vs. Those Who Don’t

Another criteria we’re starting to look at is whether the projects the contractor works on ever get their Certificates of Occupancy. A remarkable number of townhouse projects never actually get a new C of O. They may get a couple temporary ones, but then just never finish off the final details to get the final C of O. Since you need a C of O to legally rent an apartment it’s something we’re looking at pretty closely.

Going into this we knew what a GC (General Contractor) was, but had never heard of a CM (Construction Manager). One CM came by to do a pitch and in the process they explained how they’re different than a GC. What it boils down to is that a GC hires all of the sub-contractors and is responsible for them. You pay a GC and he pays the subs. If you have a problem you have it with the GC. A construction manager is a consultant who takes a percentage as a fee. They’re not responsible for the sub-contractors instead they try to help the owner choose and manage the subs.

While I think a construction manager is a perfect solution for a busy executive who has more money than time, in our situation we want one person who’s responsible for the project. If the plumber is interfering with the work of the electrician we don’t really care – we want one and only one person who is ultimately responsible for making sure everything goes smoothly.

So, after quite a few contractor interviews we’ve finally decided we want someone…

Luckily we do have a few options who seem to meet many of those criteria. We’re still vetting them – calling references, looking at previous projects, etc. The short list is taking shape and should be in place by the time we’ve got all the specs ready.