After a slow down for a few weeks things are finally back at full speed and lots of stuff is getting done.

The house is dry

Considering we still don’t have windows the house is pretty much dry now. There was a huge downpour on Sunday evening and when we went by on Monday we didn’t even see any dampness. 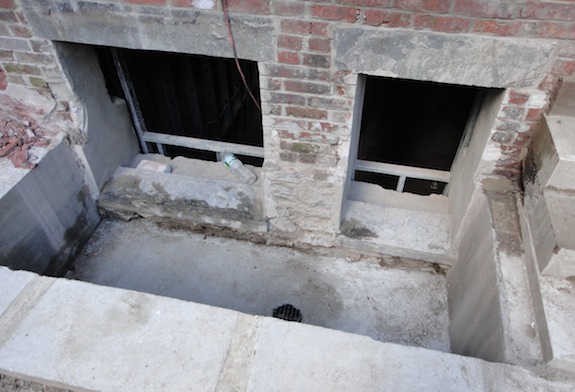 Progress is also being made on the stairs. In the basement the stairs in the rental unit are pretty much done and we can now walk up and down them. 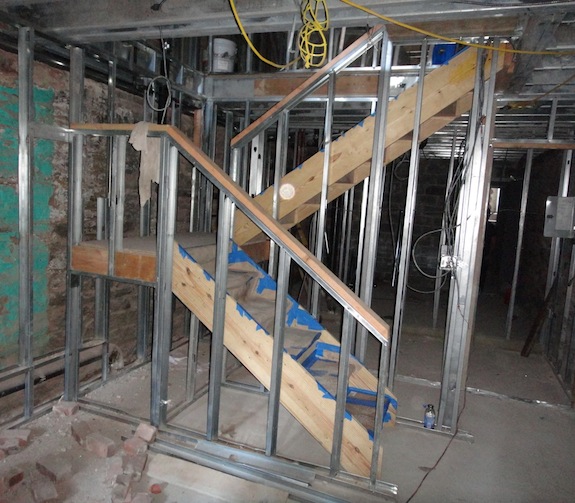 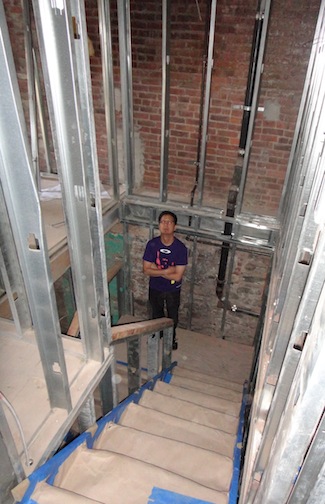 There’s a huge space above them since there are no stairs from the basement to parlor level. Dan wants to put a big chandelier over them to accentuate and brighten the space. To me I just want to put a simple chandelier in there – after all it’s a rental. I’m thinking the old chandelier from our coop would do nicely, but I think Dan wants something bigger and more dramatic.

Three out of the four flights in our unit are in (the last flight should go in by the end of the week). Our architect is pleasantly surprised at how good they look (given that the fabricator isn’t a fan of shop drawings).

Plumbing is coming a long in a major way. Gas lines have been put in. The plumbing in the rental is is nearly done.

But the really big plumbing job is that, starting on Thursday, they’re going to rip up the street and on Friday DEP will do the new connection to the water main.

They’ve also put in dryer vents for the two laundry rooms. In NYC dryer vents can only be 30 feet in length, so we had to run them out the back wall, not up through the roof.

Apparently later this week they’ll start putting the fireplace in the living room. Unfortunately they’re saying the forced air kit we wanted isn’t legal in the US (it’s only legal in Canada). That will reduce the efficiency of the fireplace. 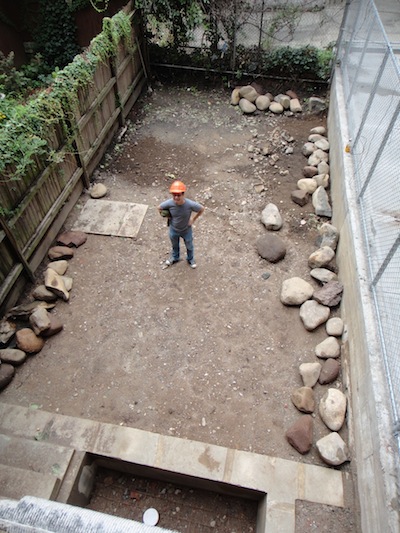 We plan on putting a small birch tree in the back. There will be a 4 foot deep deck – the same depth as the concrete around the light well. The concrete pad you see is where the stairs will come down from the deck. We’ll have a seating area in the back of the yard. To the side of the stairs will be plantings to divide the seating area from the rental unit bedroom windows. Dan also wants to use all those big river rocks for some sort of raised bed.