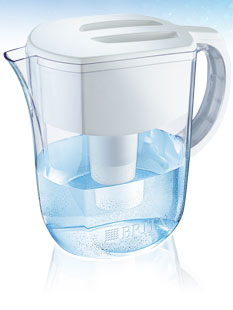 UPDATE: I’ve totally given up on Brita. I had more “gastrointestinal problems” after writing the blog post. We’re now just buying huge jugs of water from the grocery store.

If you use a Brita water filter you need to be very careful with it. I pretty much lost a week of my life recently because there was stuff growing in it and I didn’t realize it.

I drink a lot of iced tea – probably a half gallon a day. Back in the day I was drinking Coke and Dan wanted to get me off that onto something that was more healthy, so we bought some tea bags and sugar and started making our own tea. Thing was the water in our building isn’t all that clean, so we bought the Brita filter/jug you see to the right.

Because it’s easier to make the tea and dissolve the sugar when the water is warm, we just kept the Brita jug on the counter. Sometimes I’d put it in the sun if I was about to make a batch of tea. BAD idea… I didn’t think about the fact that sun and warmth would let things grow.

About a week and a half ago I started getting sick. Stomach felt really bad, I was lethargic and there were bouts of diarrhea. I’m a bit prone to gastrointestinal stuff, so I just put up with it and thought it would go away in a day or two. Well, it didn’t go away. And when the diarrhea was worst I didn’t want to get dehydrated, so I’d drink more iced tea. What I didn’t know was that was making things worse.

Finally after 5 or 6 days I figured it out. I replaced the filter, cleaned the pitcher with hot water, and within 24 hours I was back to normal. Lesson learned.

I’m still using the Brita pitcher, but now it’s in the fridge. If you have a Britta or go to someone’s home who has one – make sure it’s kept in the refrigerator… Just changing the filters when they tell you to isn’t enough. 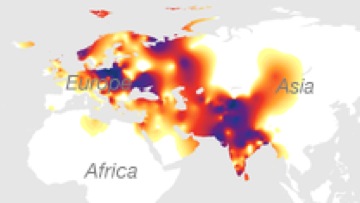 Last night we had dinner with someone who’s about 10 years our junior, single, and a bit of an exercise nut. He expressed his belief that people who don’t exercise wind up fat, with high cholesterol, high blood pressure and impotence. He even went on to say how I should read his blog because there were pointers for people who didn’t know how to exercise.

Well, I do know how to exercise – learned that in college when I participated in a study by the Department of Kineseology. Went on to do quite a bit of weight lifting and had a great body… I know how great exercise can make you feel – been there, done that… 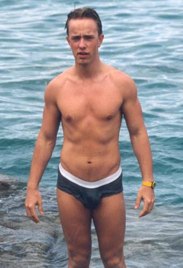 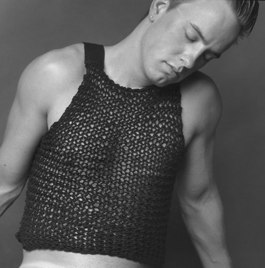 But in my case I had high blood pressure even back when I was in great shape – stuff like that isn’t just about exercise. In my case a lot of it had to do with all the internalized angst of growing up gay in a fundamentalist family. Internalizing all those feelings is probably the reason I’m hypertensive.

Then I went through a couple relationships where I gained weight. In the first relationship my boyfriend turned out to be poz (he didn’t tell me), and I was caring for him while trying to keep my head afloat financially. Just before he died I’d come home from the hospital and eat most of a big Entenmann’s coffee cake as comfort food. I lost a little weight after he died and then got into a rebound relationship pretty quickly. It wasn’t an equal relationship and I was pretty much supporting him and the financial stress lead to more weight gain…

About the time I decided to end things with my boyfriend I went back to the gym and got a trainer/nutritionist. Here’s me in losing weight between September 31, 1996 and April 1, 1997… 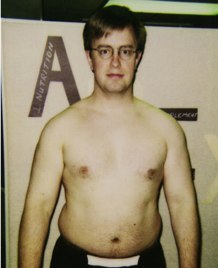 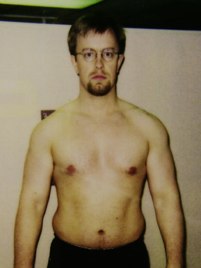 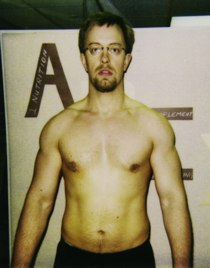 I went on to look even better, but the point is I know my way around a gym. It’s just I chose not to go anymore.

But you know what? I’m just as happy now as I was back then – possibly happier. I’m literally “married, fat and happy”. Unlike the previous relationships, my relationship with Dan is one of equality. There’s a degree of security that comes with all that. I’ve also sorta opted out of the whole mentality that says you have to be in perfect shape to be worthwhile and happy. I don’t feel like I’m any less attractive than I was back then – it’s just my appearance is different (more like the first pic body-wise, but looking more like a “daddy”). In a way I feel like my appearance is age appropriate.

Just like it’s not what you drive, but how you drive it, it’s not whether you go to the gym, but whether your at peace with your body. Start by opting out of the whole body conscious mentality. If you still want to go to the gym – great. If you don’t, that’s fine too… Just be happy with your life on your own terms…

Dan and I went to the doctor the other day and it turns out we both had a Vitamin D deficiency. Apparently it’s pretty common – something like 40% of Americans have it and it’s particularly a problem among people in northern climates that don’t get much sun in the winter.

Scientists are urging the government to raise the recommended daily allowances (and “maximum safe” levels) for Vitamin D since they’ve found that having good Vitamin D levels significantly reduces the chance that you’ll get cancer.

The symptoms of Vitamin D deficiency are:

The last one might be desirable, but that list sounded way too familiar to Dan and me – so we’re hoping the 10 week therapy our doctor put us on will help.

When you see your doctor next time ask that your Vitamin D level gets checked – especially if you’ve been feeling some of those symptoms listed above. And in the meantime, take your vitamins and eat things like beef to keep your Vitamin D levels up.